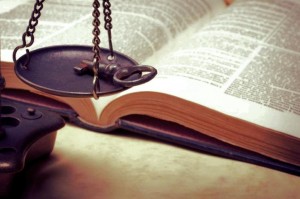 The idea of law vs. grace is very significant to Christians, although not all Christians have been exposed to it. The idea would not be as familiar to a non-Christian, but it is reasonably plain for anyone to understand. Law is, of course, justice being served fairly, and grace is forgiveness of a law broken. These concepts appear in our lives on a daily basis, but when speaking about them in a biblical sense, they carry a bigger meaning.

The idea of grace replacing law through the acts of Christ is the message behind all of Christianity. It is also the concept that is most commonly adulterated by people. Before the work of Christ was put into motion, the biblical stance on the sinful nature of mankind was that it could not exist in the presence of God. Therefore, mankind was unfit to be in God’s presence because man is inherently corruptible.

However, Christ was sent to live among us for a very specific reason: to sacrifice himself and take the blame for our sin so that we could have the opportunity to be in God’s presence at the end of our lives. This act changed the way of the world in its relationship to God. This was the turning point when law was replaced with Grace. Until this time, it was the goal of mankind to live in a way that was pleasing to God in order to spend eternity with Him, which was not working out very well. Christ fulfilled the law by dying in our place, making us no longer under the law, but instead under the perfect forgiveness of God and the mercy of Christ. A radical concept, but a beautiful and divine one indeed.

In the context of addiction, speaking about law vs. grace is very applicable. Despite Christ’s incredible sacrifice, mankind does not emulate His selflessness. Instead, we jump at the chance to hold our fellow man up to every measure of the law. We do not treat addicts with forgiveness or patience, but with judgment, scorn and the creation of stigmas. This was never God’s plan or Christ’s intention for us. Christ showed mercy and love to those who were afflicted with disorders and battling addiction. He told them they were beautiful and worthy. Where the law states that an addict reaps what they sow and deserves the consequences they come by, the grace that replaced the law through Christ states that those who are broken deserve compassion and love to get them back on their feet. If someone you care about is struggling with addiction, give them the gift of knowing Christ by connecting them with a Christian drug rehabilitation program or a Christian alcohol rehabilitation program. 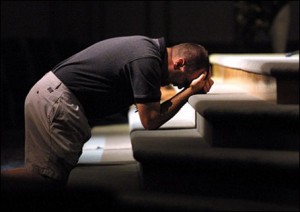 Addiction hurts you and those around you. Addiction causes damage to personal relationships, health and job or school performance. It also causes depression, anxiety and anger in those you are close to. Sometimes, you can end your addiction and save your relationships with those you love. In some cases, you cannot. Living close to an addict is sometimes too hard and too painful for some people to recover from. However, there is one close relationship that will never abandon you. That is your relationship with God.

God is the only one capable of loving you unconditionally through addiction while walking through it with you. Any person you attempt to lean on completely during addiction will falter and need space from you. This isn’t because they don’t love you or have no compassion. It is because people are susceptible to hurt and damage, and if they do not protect themselves they will not come out all right when it is over. Instead of leaning on a person in your life who is so easily wounded, lean on God for unending provision.

There are Christian rehabilitation centers that can help and support you.

God is the embodiment of perfection. God is capable of meeting the needs of every person who ever lived. He has an infinite amount of grace and compassion and is immeasurably bigger than our problems. He calls us to reach out to him in times of fear and pain so that he can give us comfort. He is called the lover of our souls because he created us in love and wants us to find him through love. He sent his son Jesus to die on the cross for our imperfections so that we could be reunited with him. The sin and the hurt of the world was so great that it inhibited us to be connected to God. When Jesus gave his life, we had the ability to be one with God again, not by our own worthiness, but through the worthiness of Christ. 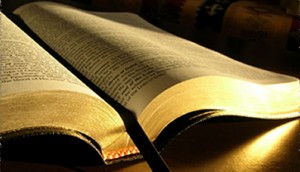 The concept of grace as the ultimate message of the bible was made popular by Philip Yancey’s book What is so Amazing about Grace? which was a huge Christian bestseller. The book looks into the life of Christ and the importance that his life had in fulfilling God’s grace – the key to any of humanity having a relationship with him. What is found in this examination actually presents a conundrum to Christian theology. Even non-Christians can tell you that being a Christian should mean that you are held up to a higher standard of morality, but are Christians, as flawed humans, actually capable of behaving better than others? Yancey says this question is beside the point.
What God’s grace actually means to people is that they are forgiven in the truest sense of the word. It means that following legalities is an empty pursuit, while following the ways of true, selfless love is what the life of Christ made available to us. Christ died for us because we were never capable of being godly on our own. A sacrifice had to be made to atone us, to make us suitable to be in the presence of God, and with this sacrifice the expectation of following rules was also put to death. Now, the pure and simple act of accepting God’s perfect grace, love and forgiveness that was granted to us through the life and death of Jesus Christ is the means to paradise. There is no longer penalty under the law of morality, only the choice to accept love or deny love.
What this means to addicts is that perfection is not expected. God knows that you are flawed. Addiction is a difficult thing to tend to in your life, and it can be impossible to kill. Rather than following rules to kill addiction on your own, God calls you to accept his perfect love for you, flawed as you are, and let it change and mold your life. For whoever truly accepts the love of Christ will be changed from the inside out. Your old ways will become forgotten and will be replaced by a fierce and powerful love as Christ lives in you. The potential to backslide is always there and can be let in the door through the choices you make, but God’s grace is the ultimate way of tending to your addiction and keeping it pushed out. 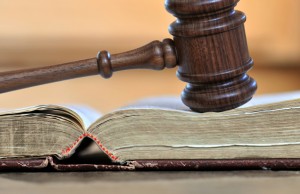 Biblical law is exemplified in the old testament, in the time before Christ. It is important to understand that the days of biblical law are over. Christ’s life was a turning point for humanity itself. Christ’s sacrifice did away with the law and replaced it with grace forever so that humanity could have access to God. Prior to this pivotal moment, animal sacrifices were made as a means of atoning human behavior, and the law of scripture was in place over mankind.

In this time, the time of the old testament, judgment on an addict would have been much different. Without the life of Christ, the law of scripture would still be the way of deciding who is worthy of God’s presence. Everyone who has ever walked the earth, save for Jesus, would fail this test. No perfect person has ever existed because people are not capable of perfection. The trouble is, God is perfect, and there is no way to exist in the same place as him with our imperfections. The answer to the trouble was the life of Christ. His sacrifice was what reunited us with God.

Every type of wrong doing, from addiction to theft to anger, would have been held to the full extent of the moral law. Addiction can be likened to the biblical sin of worshiping a false idol. Anything you place over God in your life will result in your spiritual death. If you place alcohol, drugs or sex in the seat of importance in your life, it will cause you spiritual devastation. Any investment you make in life that is not godly can destroy you. God created us to be perfect through him, but when we chose a path of free will and sin and wandered away from him, our potential for perfection was destroyed. For the sake of mankind, God sent his son to live and die to restore us to him, so that we would not sentence ourselves to death through our own sinful nature.