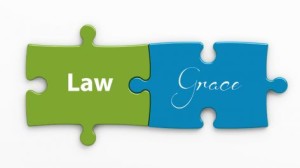 Many people do not understand the true significance of what Christ did on the cross. When Christ, the Son of God, gave his life for the sins of all mankind, He replaced the law with grace forever. What this means is that forgiveness of sin became the new reality, doing away with the punishment that the law demands. Because people tend to use “eye-for-an-eye” logic, many people do not embrace the concept of death to retribution. They live their lives insisting that punishment be present for sins of the spirit.

People who continue living under the law despite its death seek punishment for themselves and people around them. They see God as one who relishes in punishment and delights in the retribution of the law. This is how the time before Christ is understood. People operated in reverence for the law and made offerings to appease God for their imperfections. People existed in a state of needing atonement to be fit in the eyes of the law.

Christ’s well know dying words, “It is finished,” referred to the law. The sacrifice he made of himself on the cross turned the tides on mankind’s relationship with God forever. The moment of his death and resurrection marked the most important occurrence in human history. It was the moment that the sins and imperfections of mankind were forgiven, and the weight of the law was lifted off of them. This does not mean that mankind cannot still wreck itself through bad choices, but it does mean that God is not keeping a record of our wrongs because the blood of Christ has forgiven them.

It is very important for all of us that we take time to reflect on which reality we live under: law or grace. The difference between the two is purely mental. If we understand that we are forgiven through grace, we are humbled. This humility makes us connect to our highest calling: to extend the same grace we have been given to one another, and to love the One who is the seat of grace.